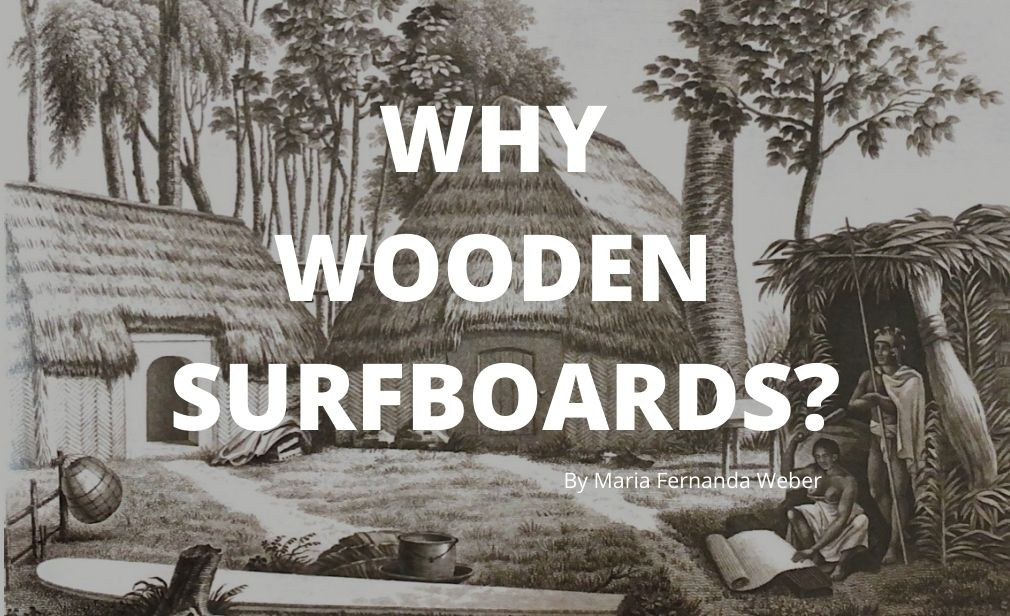 You can already imagine that it's no secret that surfing filled a big space in the world of sports, and, it can be practiced with both professional interests and fun.

Although modern surfing, the classic one with the first wooden boards has an interesting origin, and, there is a question that every surfer has already asked himself: why wooden boards?

Hawaii was where it all began, centuries before the arrival of James Cook and his English crew on the island. Surfing, even in that historic context, represented an enormous part of the culture of Hawaiians, which could mean fun, and also artifice of important ceremonies and rituals.

The surfboards commonly used at that time were, the alaias that could vary from 6 to 8 feet tall, or the small paipo. On the other hand, surfers from who had hereditary power, such as kings and princesses, used long and exclusive boards 18 feet tall called olo, and they used to surf in exclusive places as well. It was possible for a Hawaiian commoner to suffer the death penalty if he surfed in one of the royal places.

But regardless of his social class, for every Hawaiian, before Cook's arrival, his surfboard was his greatest treasure.

In the beginning of the 20st century, the famous Hawaiian Duke Kahanamoku, gold medalist in the swimming olympics, went travelling around the North America and Australia coasts. On one of these trips, he inspired the young North American Tom Blake, who was mesmerized by the culture of the Hawaiian and Polynesian people, so, as soon as he arrived in Waikiki, he decided to build sketches of olos, for himself. The first one, however, measured 16 feet tall and 150 pounds (68 kg), which was way too heavy. Then Blake, to lighten its weight, filled it with holes and after a while, connected the rest of the wood, creating the first hollow wooden surfboard, now weighing 100 pounds (45 kg). After this attempt, many others succeeded — and he even patented his method — characterizing then, the first mass production of surfboards, still made of wood. 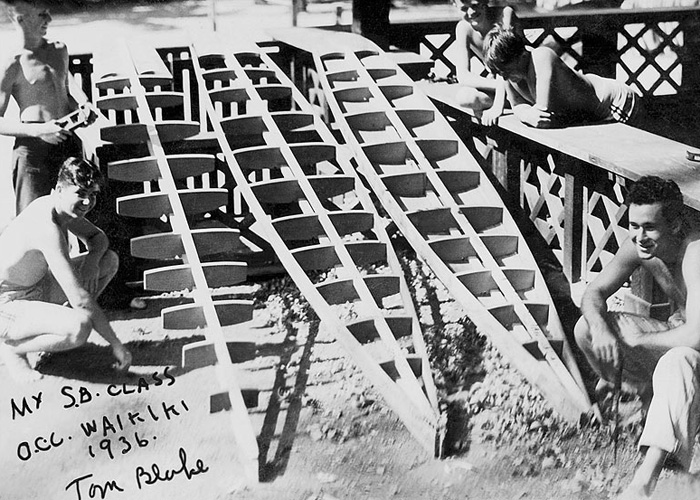 However, the hollow wooden surfboards, over the years, were replaced by light foam boards derived from petroleum, that made the surfing with wooden surfboards to be left aside. But its meaning remained in the history and culture of Hawaiian surfers.

Nowadays, there is a comeback of hollow wooden surfboards, but now with modern and versatile characteristics, simplified construction methods that promote sustainability, which is better due to renewable sources for their construction, without harming our environment. Not to mention that these were adapted to modern surfing, possibilitating progressive tricks because of the rocker and the variety of models for every type of surfer or surfing style, that can vary from the more classic way to a more professional surf.

A very interesting curiosity: Hawaiians performed a kind of divine ritual before cutting the wood to be used in the construction of their boards, which increases the fact that for everyone in Hawaii in that context, their surfboard was their most precious asset. And there were only three types of trees to make boards: the wiliwili, ulu, and the koa (acacia). So, in case a native wanted to have luck and prosperity, a rite was performed: they first carefully chose the tree and performed a prayer, thanking the wood, offering a red fish as a “payment”. After cutting the tree, it was part of the ritual for the surfer to make his own board, with the purpose of putting his energy into it.

Our construction method increases this ancient culture, but with modernity and reinforced environmental awareness. We have developed a simplified method for anyone to easily learn it, being possible to build yourself, from a simple Mini Fish, to a Stand Up, all using this same construction method.

The main (and most important) difference between old boards made of wood, for those made with the David Weber method, is the final weight. A hollow olo weighed 45 kg being much lighter than the originals. Now, a Longboard Kanaloa (this name is also a Hawaiian god reference) 9’0 feet tall can weigh only 7.5 kg.

Another very important difference from our method to the old one, is practicality. The Shape of any size, thanks to our tests and studies, can now be made anywhere, without many restrictions, as the materials used are not highly polluting for the environment or harmful to our organism.

The wooden hollow surfboards we're talking about are a combination of technology, sustainability and art. The design of our boards is carefully developed on the computer, and the method serves both to build classic shapes and high-performance styles of boards.

When working on the connection between you and your board, you will also work on a link between nature, mind and surfing. We're talking about boards that are designed for a lifetime of waves. And most importantly, without harming the environment.

Source: Greg Noll - The Art Of The Surfboard, by Drew Kampion
Text written and edited by Maria Fernanda Weber.